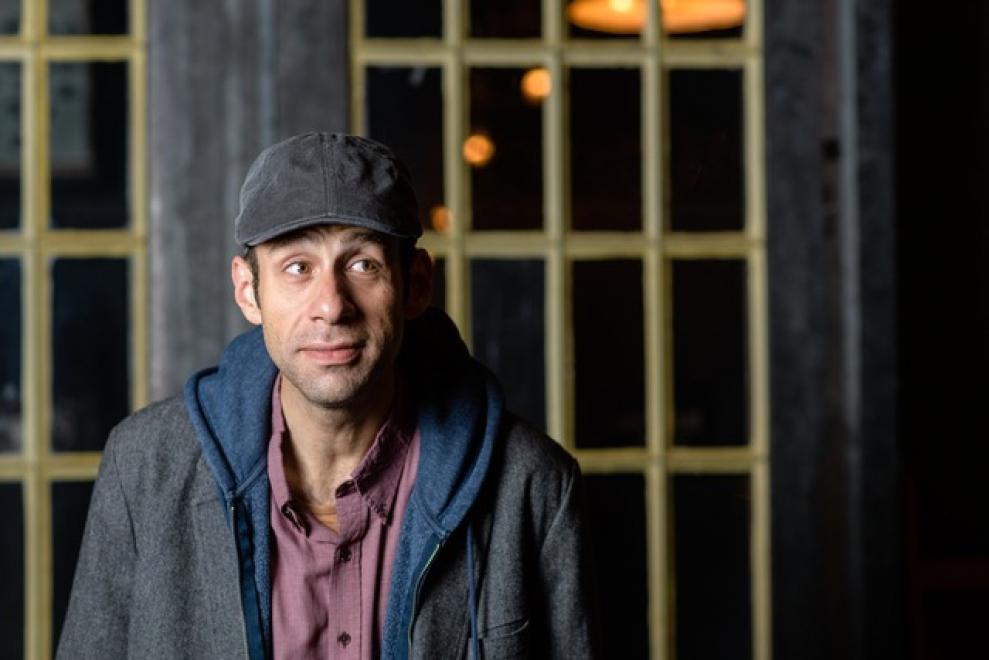 Adam Gabel is quickly gaining attention among comedy fans across the country as "The Guy with The Voice and The Hat". His quick wit, charming stage presence and off kilter delivery has earned him frequent comparisons to Mitch Hedberg and Steven Wright. The Brooklyn Native has performed at clubs all over New York, including Dangerfield’s and The Comic Strip, and can be seen regularly at the City’s hottest new venue, The Grisly Pear in Greenwich Village. Adam is also making a name for himself at venues across the country, regularly opening for some of the industry’s most popular comedians, while Headlining shows in Florida, Ohio, Virginia and West Virginia. As one of the initial group of Pro Writers on comedywire.com, he wrote jokes for Several Nationally Syndicated Radio Hosts. When not performing or writing new material, Adam can be found in Brooklyn Parks feeding Quinoa to hipster pigeons.