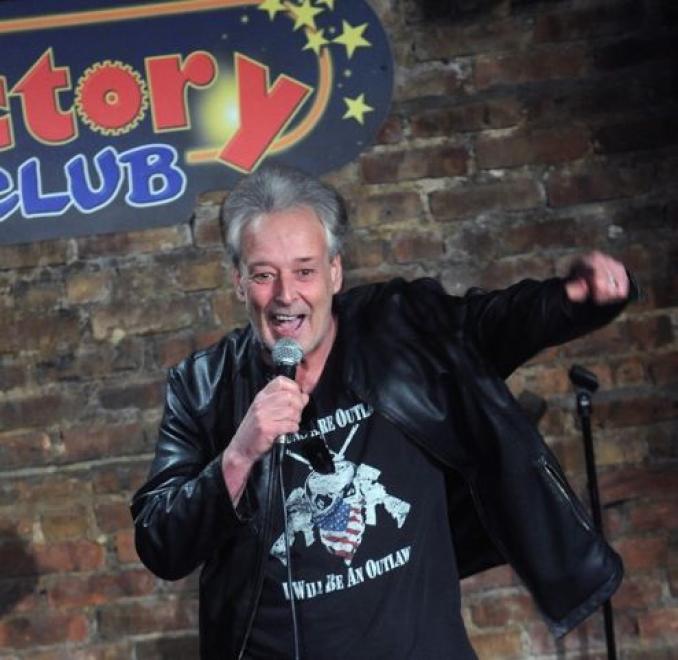 "The Reverend" Bob Levy (born August 12, 1962) is an American stand-up comedian, radio personality, and, for a brief period, a professional wrestler who is best known as being a regular personality on The Howard Stern Show as well as being the co-host of the Miserable Men show on Howard 101. He has often been the host of comedy roasts, was a frequent guest on the Opie and Anthony Show and was a stand-up comedy performer on the Killers of Comedy tour. Before his career as a comedian, Levy worked as a landscaper, a painter and a wrestler at the semi-professional level under the name "Heartbreaker" Bobby Slayer. During Levy's early days in comedy, former Stern show writer Jackie Martling awarded Levy the title "Reverend." When asked why he was given the name in an article, Levy replied "...because I was a filthy fuckin' pig, and he wanted to call me the opposite of what I was doing onstage...".[1] Levy was heard daily on the Kidd Chris morning show on WYSP in Philadelphia as an on-air guest, until they were fired in May 2008. Levy also opened a weekend comedy club in Levittown, Pennsylvania and three other comedy clubs in Easton, Florida. He hosted two radio shows. One was on WNJC 1360 AM in the Philadelphia area, Rising with The Reverend Bob Levy (with co-hosts Will Bozarth and John Kensil). The other was on WUFC 1510 AM in the Boston area, The Bob Levy Show (with co-host Joe Conte). Both stations have changed formats and no longer air the shows. Bob also produced podcasts of his shows for Radio Misfit.