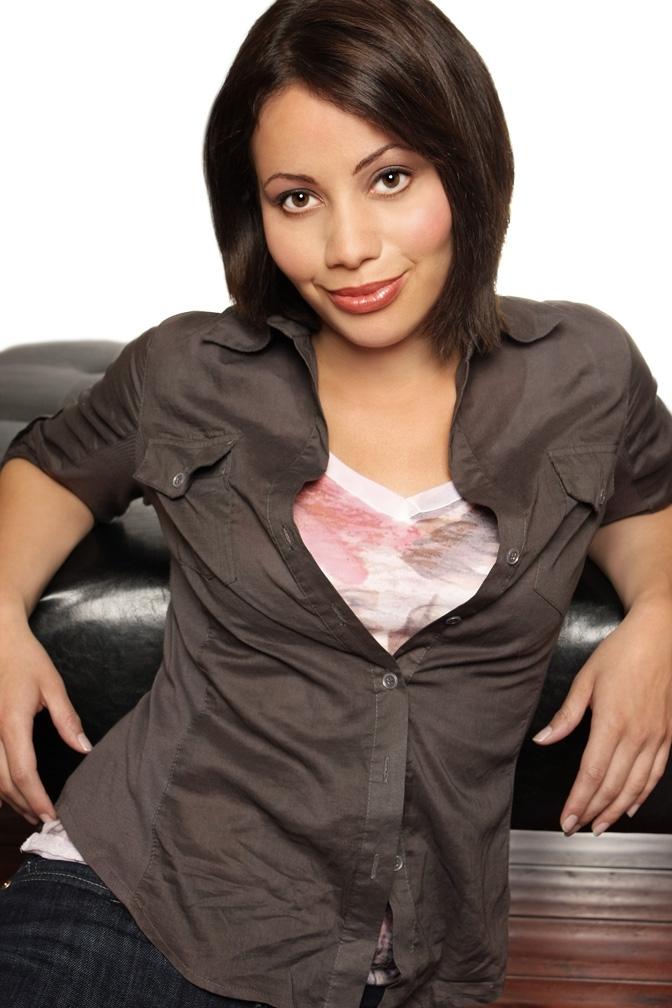 Candice Thompson is a comedian/writer/actor that was born in Queens, raised in Cincinnati, and currently resides in Los Angeles. She is the perfect mix of both East and West coasts with just the wrong amount of Midwest street cred. Candice comes from an ethnically mixed family with both of her parents being of African-American and Native American descent, but often gets mistaken for just plain old white.   Candice is one of the newest paid regulars at The Comedy Store in Hollywood, performs at the Hollywood Improv, Laugh Factory and was a 2013 NACA participant. You may have also seen her as a cast member on BET’s #1 hit show HELL DATE. You can hear her every week on iTunes as co-host of the podcast OFFARIOUS: The Show that’s Offensive & Hilarious, and in the comedic YouTube sketch series she co-created, CREEPY CARESS. She was also on season 9 of NBC’s LAST COMIC STANDING and currently on E! network’s THE COMMENT SECTION.   Candice’s comedy has often made people squirm in their seats and most recently, has gotten her ejected from a wedding, but it’s her edgy vs. adorable factor that keeps crowds begging for more. Candice wants to thank her friends and family for all their support, but most of all she wants to thank God for making her better than everybody.