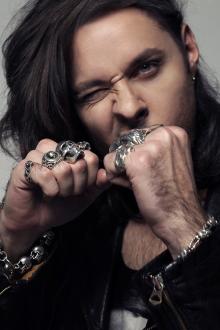 Jeff Leach is a true Renaissance man. An award-winning actor, comedian, writer and host he has enjoyed global success on stage, film, television and within the gaming community. A multi-faceted performer with an ‘no holds barred’ mentality, his television shows have broken boundaries whilst his live performance questions the very fabric of modern society and all of humanity’s foibles. This young man has become a favourite on the global comedy scene, in just six years on stage he has performed national tours throughout the UK & Europe, three critically acclaimed one hour solo shows at the Edinburgh Fringe Festival and signed a DVD deal with BBC Worldwide’s 2Entertain. In August 2015 he relocated to the US joining the regulars at the world famous Comedy Cellar in NYC alongside his comedy heroes and is now booked on both coasts at venues including The Stand, Hollywood Improv, Laugh Factory, Comedy Store, Stand Up NY and New York Comedy Club to name but a few. Also an immensely talented actor, Jeff can be seen in features films ‘London Town’ in which he plays warm-hearted punk rocker Ronnie alongside Jonathan Rhys-Meyers’ portrayal of The Clash frontman Joe Strummer. Other films include ‘The Smoke’ and ‘The Dog Wedding’ and tv roles on shows such as ‘Hollyoaks’, ‘Whipped’ and ‘Gutpunch’.