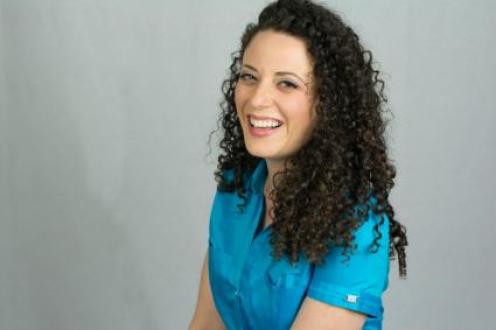 Jessica Brodkin is not your average stand up comedian. In addition to being a comedian/actress, she is an MIT graduate, former CIA analyst, and an reiki energy healer. She brings her unique perspective and life experience to the stage telling personal stories, uncovering uncomfortable hilarious truths, all delivered in a whirlwind of unforgettable energy. Jessica also has acting credits to her name including a principle role on AMC's series Making of the Mob as Loretta Costello, and a recurring principal role on TruTV's Road Spill. She has previously been on HBO's VEEP, PBS’s The Truth About Money, National Geographic's Brain Games, Investigation Discovery, a new feature film called Driven to Succeed, and CNN’s Congressional Correspondents Dinner. Jessica also voiced an award-winning cartoon called Heroine featured at the 2015 Reel Recovery Film Festival. Jessica now lives in New York City and performs at the top clubs in the city. She performs at clubs, theaters, colleges, and comedy festivals around the country. She has performed at the Laughing Skull Comedy Festival (Atlanta), the Women in Comedy Festival (Boston), the Philadelphia Improv Festival, 360 Comedy Festival, the Derby Festival, and the North Carolina Comedy Arts Festival.