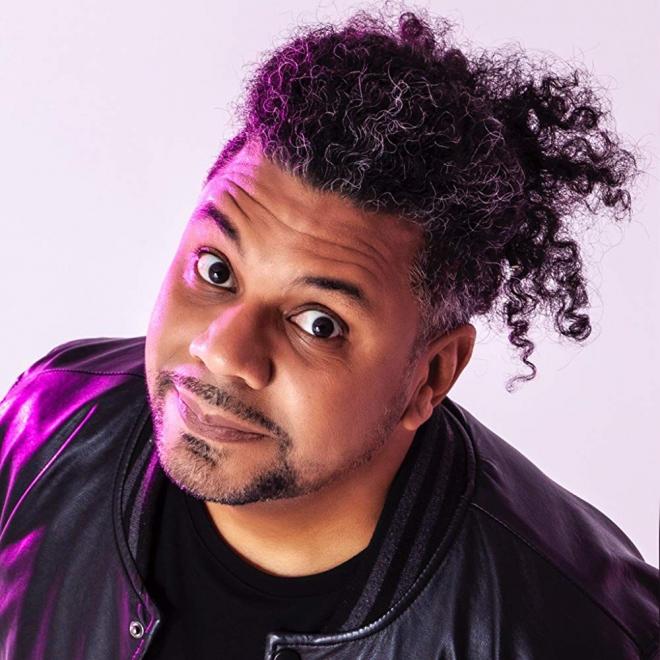 Orlando Leyba is stand up comedian who connects with all audiences through his unique life experience, and perspective. Orlando has a knack for finding humor in just about anything that crosses his path. With his animated demeanor, Orlando entertains the audiences through his dynamic storytelling and undeniable likeability allowing them to come along for the fun ride of his life experiences. He has been working hard... making his mark on the comedy scene. Most recently making his Debut on The Tonight Show Starring Jimmy Fallon, EntreNos on HBO, TruTV LaffMobb’s LaffTracks Just For Laughs and his very own comedy special, Adorable, airing on HBO and was a finalist in NBC's ‘Stand Up Showcase. He also played Wabo in the animated Kids film Luis and The Aliens. Orlando has become a regular at comedy festivals, and clubs throughout the U.S and Canada.